LAVENDER. You love it, I love it, we long to grow it as a perennial in Saskatchewan, but like our long-standing hope of someday getting an IKEA, it’s probably never going to happen.

The type of lavender we’ve been seeing more of at the garden centres and even grocery stores lately is French (AKA Spanish or topped) lavender (Lavandula stoechas), with its pineapple-like flower heads shown in the below photo. It’s gorgeous and sells for shockingly cheap at places like Costco, but it’s only hardy to USDA Zone 7 at the lowest. You can try to bring it in over the winter but attempts to overwinter lavender as a house plant are not generally associated with success due to its high sun requirements, so best to enjoy it for the summer and say au revoir as you sacrifice it to the compost bin after the fall frost. Or, strip off the leaves and flowers to dry for tea all winter long. 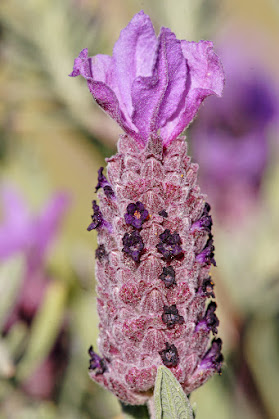 If you’ve heard of folks successfully treating lavender as a perennial in Saskatoon it is most likely a cultivar called Munstead. This is a type of English lavender (Lavandula angustifolia) that local greenhouses will often categorize as a perennial. It is hardy to Zone 4, and Saskatoon is a dubious Zone 3. Personally I once had it come back after a mild winter, but it was not a strong plant and did not survive the following winter. I’ve yet to meet anyone who successfully overwinters their lavender year after year in our climate, but if you want to try – find the warmest and most sheltered microclimate in your yard and give it a good mulch in the fall. Or, move to Maple Creek. 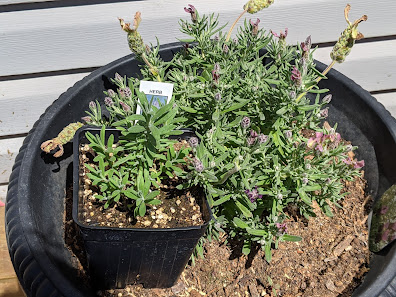 (A photo of non-blooming Munstead in the small pot next to some French lavender.)

What’s a lavender lover to do in Saskatoon? Especially if one longs for that look of a stunning lavender field or hedge. It’s not particularly environmentally-friendly or cost-effective to internationally import several dozen lavender plants to make an annual hedge year after year, but there are some passable hardy look-alikes to try.

My favourite plant for the lavender look is Russian sage (Perovskia atriplicifolia), which is actually not Russian nor sage. To my eye, this is the one that looks most similar to lavender, at least from a distance, with its spires of lavender-coloured flowers. As a bonus it is beloved by pollinators and smells wonderful. 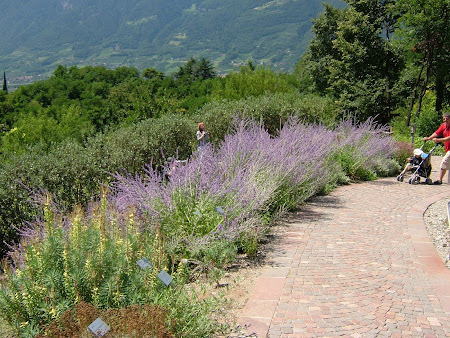 Other lavender-ish look-alikes that you've probably seen around the city are some hardy species of ornamental sage (Salvia) and speedwell (Veronica). Most of the common cultivars are a darker purple or pink, so not quite similar in colour to lavender, but will still get you that look of purple/blue/pink spikes of flowers and will appear lavender-ish to the untrained eye.

If you see landscaping in the Saskatoon area that looks like a lovely Mediterranean field of lavender, it’s almost guaranteed to be one of those three plants and not actually lavender being used.

All that said - prove me wrong, SHS members! Have you had success overwintering lavender in your garden? Please comment and let us know how you did it!